Humanity starts in the heart of a child

Compelled by love,
determined to give all we can 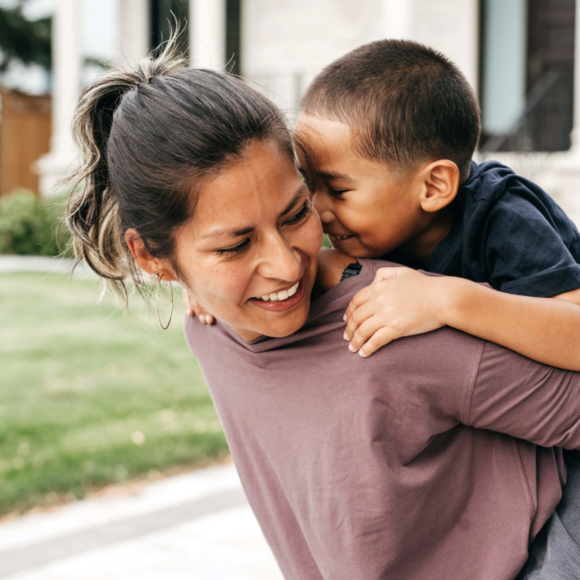 As warriors supporting warriors, we are redefining child well-being throughout the state of Texas

Our name is inspired by our long-standing commitment to be nurturing, supportive forces for good in the lives of children and families. We honor our past while promising a commitment to the future to break the cycle of abuse. As we practice generational innovation, we create new systems and re-engineer existing systems. This approach has helped children and families thrive for more than 138 years, and we won’t relent.

Get to know the people committed to seeing Upbring’s mission fulfilled.

Connect with a location near you.

Play a role in our mission to break the cycle of child abuse.

Discover how our life-restoring work has changed thousands of lives for the better.

Our legacy is one of consistent evolution. From the start, we were innovating and improving to more effectively meet the needs of our community. We continue that legacy today.

For more than a century – from the service-minded Lutherans who dreamed of building an orphanage in the 1860s to the vital programs in place today throughout Texas – we have proudly grown and adapted to the changing needs of society. Our story is marked by the continual practice of generational innovation, each moment in history building upon the next to impact the next generation of children, families and communities.

Although we have been known by different names throughout our history, the meaning behind our name today, Upbring, honors our past while promising a commitment to the future – one that is longstanding, innovative and designed to “bring up” children just as our predecessors have done throughout our history.

Together, they start raising money to build an orphanage.

1860 – A group of individuals begins working together under the name of Bethlehem Children’s Center in New Orleans, originally known as Lutheran Social Services of the South. Together, they start raising money to build an orphanage.

1883 – The first orphanage for Bethlehem opens its doors.

A haven for orphans and the elderly.

1924 – The society formalizes its name to the Good Samaritan Society. Leaders later change the name to Lutheran Aid and Orphan’s Society to avoid confusion with other similarly named groups.

1929 – The newly chartered Lutheran Aid and Orphan’s Society purchases property in Round Rock, Texas from Trinity Lutheran College with the help of the Augustana Association of Charities. The transaction funded the creation of Trinity Lutheran Home, a haven for orphans and the elderly.

1944 – The society changes its name to the Texas Lutheran Welfare Society and expands its services to include a social service office in San Antonio, Texas. There, the organization offers unplanned pregnancy counseling and placed children in foster care and adoptive homes.

1954 – The social service office relocates from San Antonio to Austin.

1965 – The organization changes its name to Lutheran Social Services of Texas (LSST). For the first time, LSST began offering services for seniors.

2007 – The organization connects its 7,000th adoptive child to a forever family.

The International Adoption program receives its first Hague Accreditation and builds partnerships with about 40 international agencies and adoption service providers around the world.

2009 – The foster care program changes its name to Foster In Texas (FIT), making the recruitment of new foster families an organization priority.

LSSDR initiates recovery efforts for the Texas wildfires in the fall of 2011, lending immediate aid to families in need.

2012 – The Texas General Land Office selects LSSDR as the case management firm to assist eligible residents of Bastrop County in rebuilding their homes under the Community Block Grant Disaster Recovery Program. LSSDR also commits to helping meet the unmet needs of those impacted by Hurricane Isaac and aids in the long-term recovery efforts of the Louisiana communities that suffered the greatest damage.

2013 – LSSDR responds to the explosion of a fertilizer plant and resultant fires in West, Texas; two massive and destructive tornadoes in Granbury, Texas and Moore, Oklahoma; and victims affected by the “Halloween” floods in Central Texas.

2014 – A BeREAL program launches in Austin, Texas. Upbring BeREAL helps youth in foster care become self-sufficient and independent by providing support, education planning and mentorship as well as Supervised Independent Living (SIL) as they age out of foster care.

ORR services for immigrant minors are expanded to include an ORR transitional foster care program in Corpus Christi and the New Hope Children’s Center in McAllen.

2015 – Lutheran Social Services of the South rebrands and changes its name to Upbring, shifting its focus to develop a continuum framework designed to drive transformative change in breaking the cycle of child abuse.

2016 – Upbring collaborates with a broad array of researchers on a wide range of topics to improve services for children and youth. It partners with the Texas Institute for Child & Family Wellbeing at the University of Texas at Austin, as well as the Texas Youth Permanency Study.

Upbring Innovation Labs partners with some of the world’s largest retailers, enabling the public to make an immediate impact on the lives of children and families who need extra support through the Upbring Marketplace.

TCS adds three campuses; a new campus opened in Brenham, Texas, another opened in Fort Worth, Texas and the third opened in Corpus Christi, Texas.

Upbring opens Grace House, an emergency shelter for unaccompanied minors, in McAllen, Texas. Grace House is capable of serving 76 boys at a time with 60 shelter beds and 16 therapeutic beds.

Each day, we are creating sustainable change with a focus on impacting those in need today, and future generations. Our life-restoring work will continue for years to come.